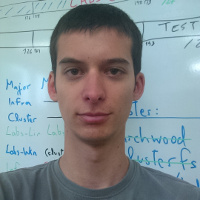 Just a curious guy currently studying Computer Engineering and doing some Sysadmin stuff on the side, who likes to build things and some times disassemble them.

Since early I have been tinkering with computers, and in simple terms, computers are the tool that I'm continually improving on, to efficiently do what I have to do, what others need to be done, or just to do something for the fun.

C, Python, Go, Lua
Where I feel at home
Bash, AWK
Scripting languages that I use and abuse every day
Java, C++, C#
Where I spent some significant time in the past
PHP, Javascript
I use a lot from time to time not because I like but because it's what fits better
Lisp, Scheme, Assembly
Do not mind using but there aren't that many use cases
Rust
I'm not experienced but would not mind using